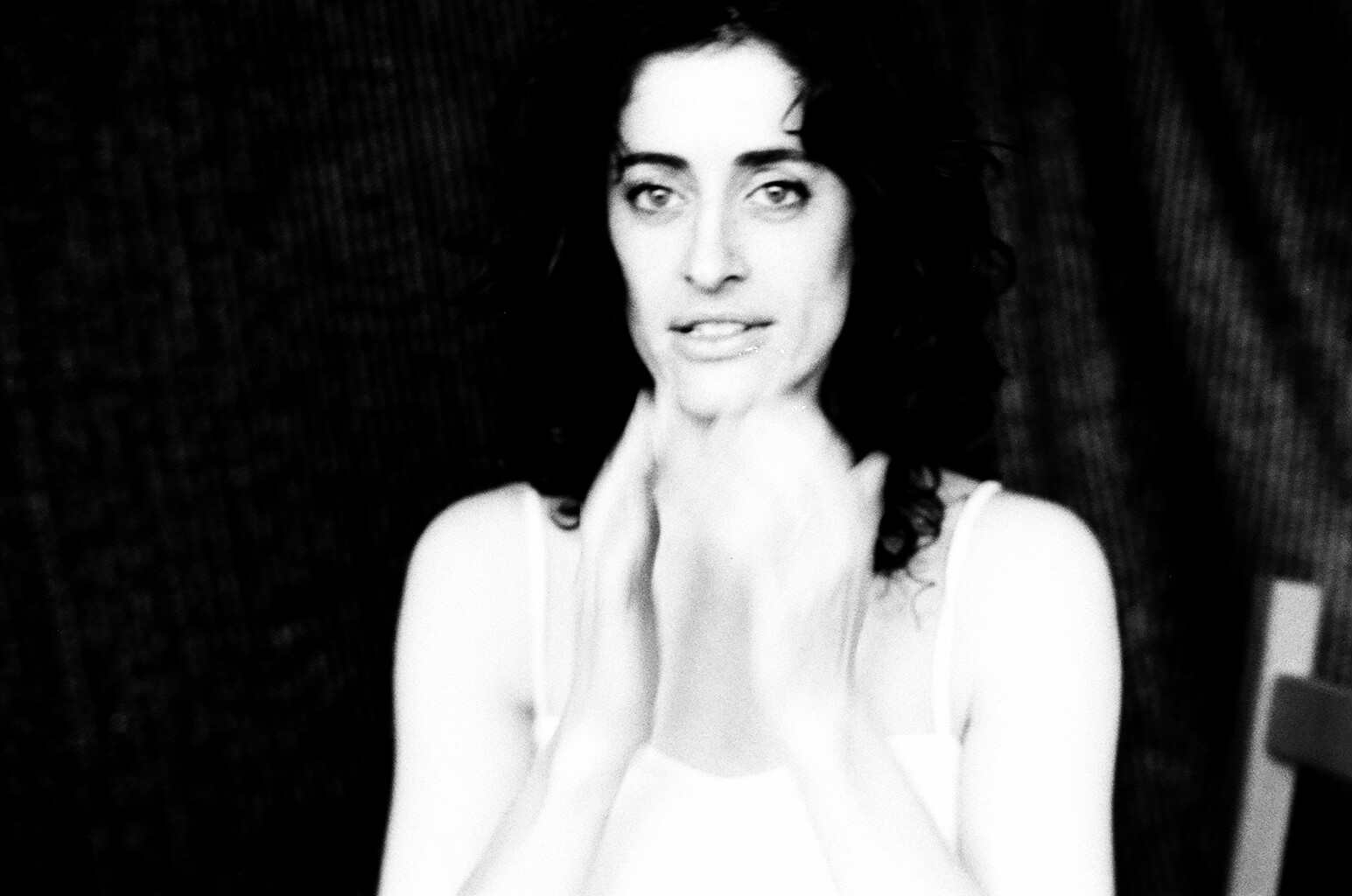 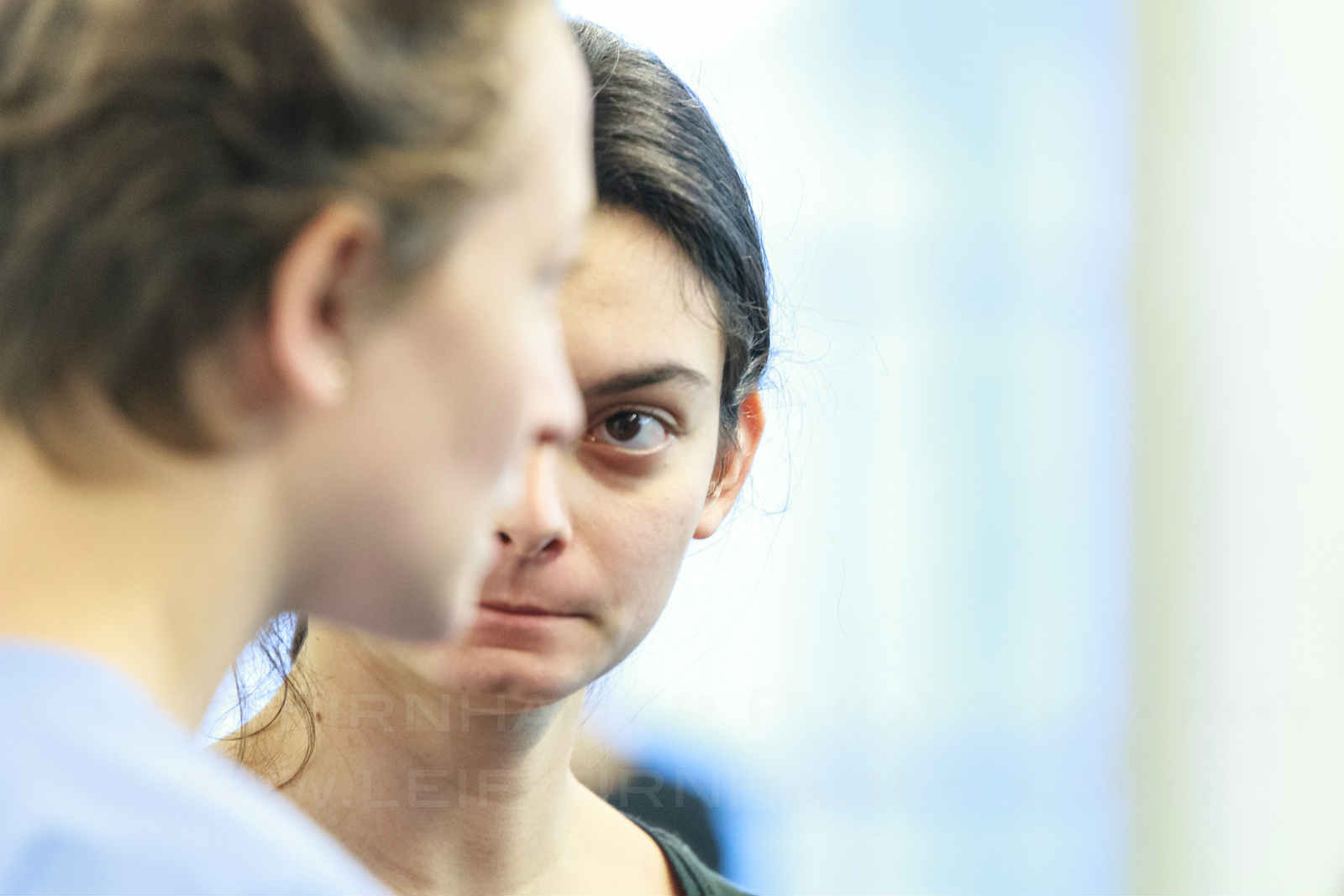 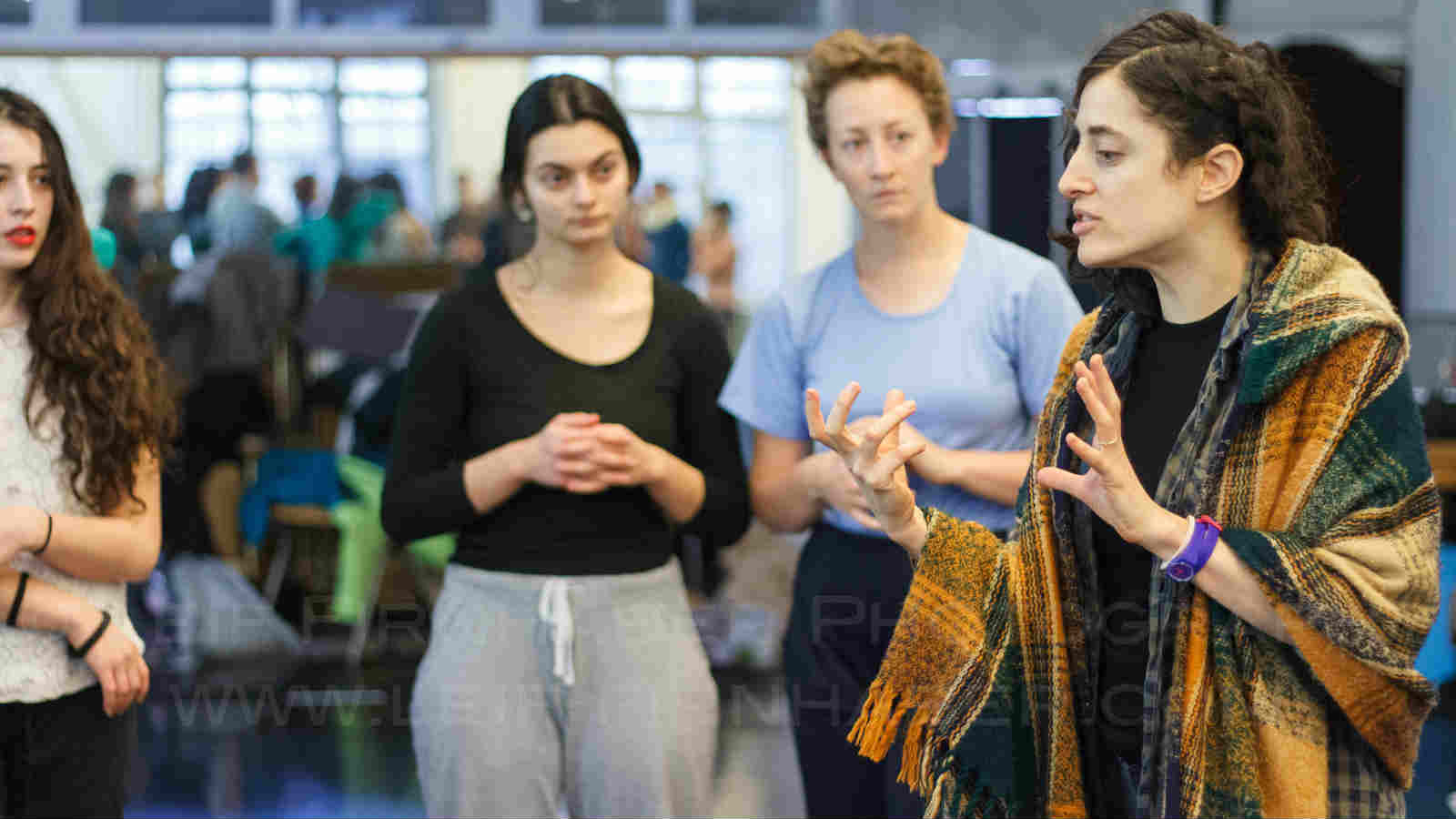 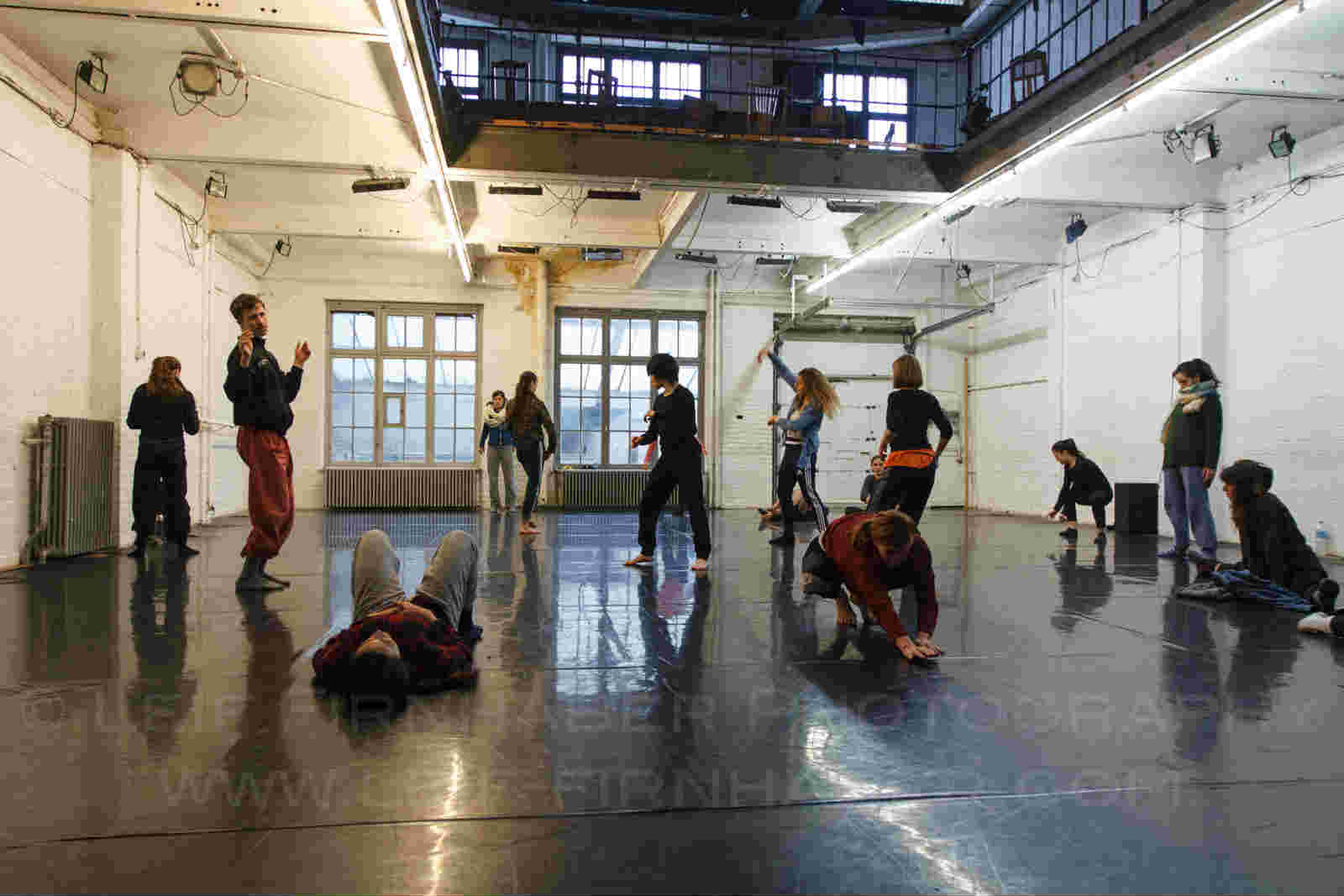 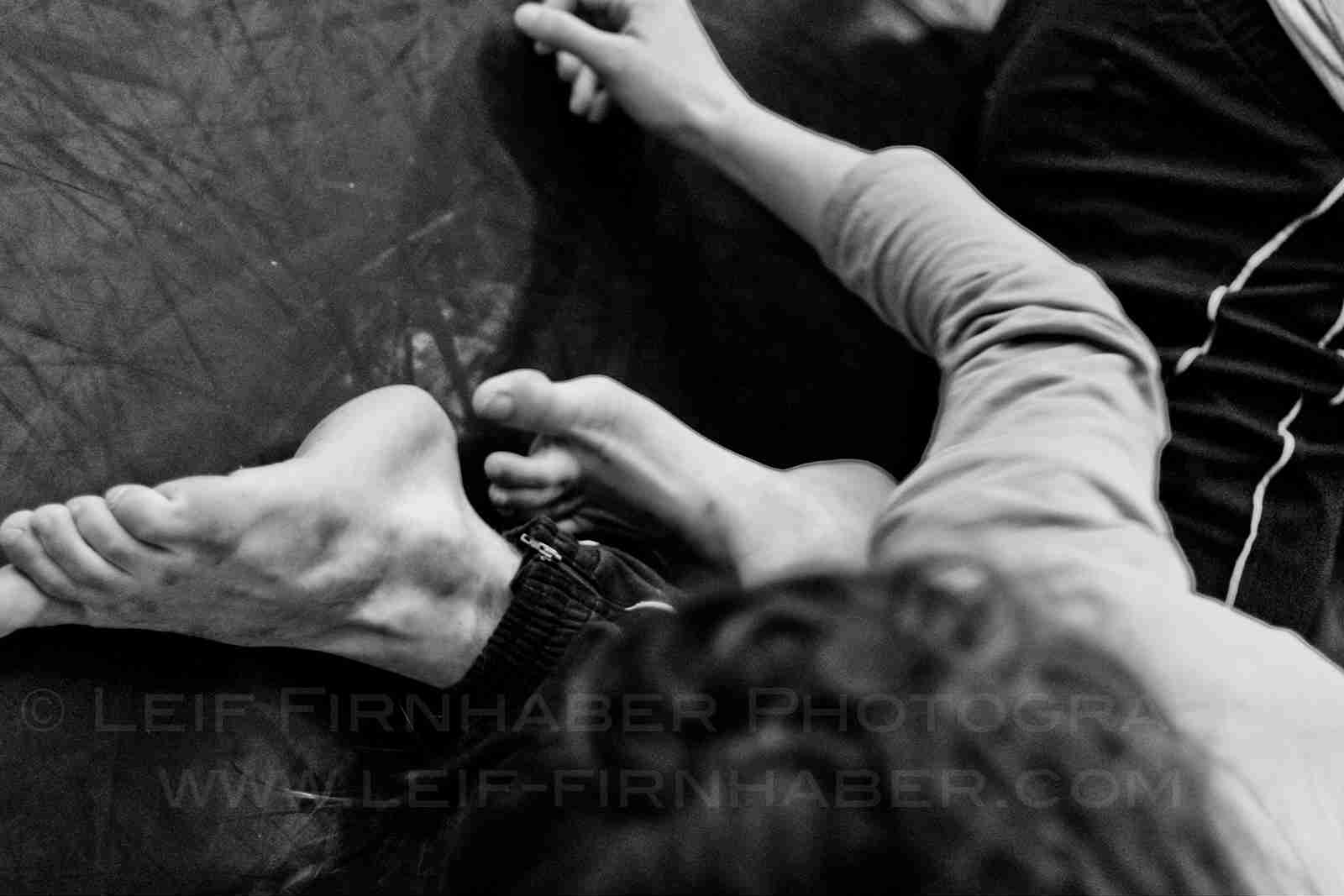 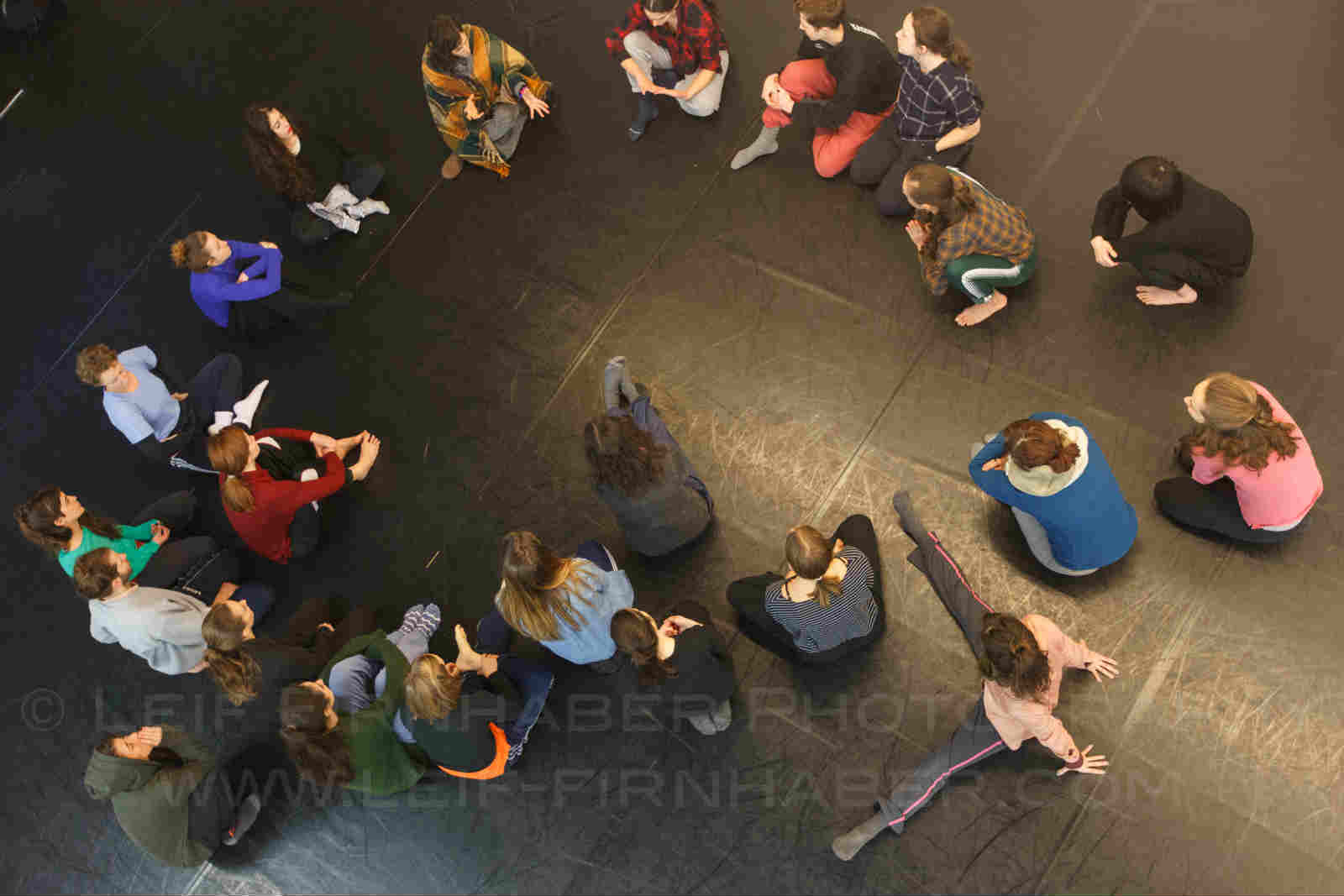 Watch the trailer on https://youtu.be/T93PKaa9lXw

My choreographic work is an evolution of 9 years of a personal physical research, that altered deeply the way I view the moving body and the art of making choreography. My research began after encountering the Feldenkrais method. Feldenkrais is a system of neuro-motor training and reconditioning that transforms people's lives, helping them gain new skills and move beyond pain and limitation. As I realized the huge potential that lies within this work, I decided to dive deeper into it: I took a year off from dancing professionally and instead dived into feldenkrais and really build from the ground up a new approach to movement. The goal of my research was to see how key principles from the feldenkrais method can be applied into dance. The fusion of feldenkrais and dance led me to slowly build a very specific, detailed body practice.

The main goal of this practice has been to 'unlock' movement patterns by delicately destabilizing them, so that new movement pathways become accessible. By using our inherent neuroplastic ability to rewire and change our habits from the core, this practice helped me 'tap' into a deeper, more creative, primal understanding of my body and it's mechanics. Through this process, new movement pathways opened up, unveiling an ocean of possibilities. The richness within the movement grew and it's quality deepened.

This process became the foundation of my choreographic work, as I started developing my solo work and to construct a unique and personal body-movement language. Through my solo work 'Aurora' (that premiered in 2011) I earned international recognition - as 'Aurora' was chosen to the prestigious Aerowaves platform. In addition, this piece had toured throughout Europe extensively, with future dates programmed to this day for 2017.

As this way of creating dance is very personal it was not at all obvious to me how to transmit it and communicate it with others. That question led me to the second phase of my research - how to create a bridge between my solo work and group choreopgraphy, how to make this body of work accesible to other people. As the different pieces fell into place I went ahead and created my first group piece: SAND - commissioned by the Salzburg Experimental Academy of Dance in 2015.

Today I feel excited to bring this body of knowledge to my meeting with other dancers. With respect to their personal statement I wish to collaborate with others and see how to keep this practice ever evolving, molding and alive.

Born in Israel in 1982, Meytal Blanaru is a Brussels based dancer, choreographer and the founder of the movement technique FATHOM HIGH. Since 2008, Meytal has been developing a personal, ongoing movement research that deeply altered the way she moved and perceived the body. She uses the Feldenkrais method as a departure point & inspiration. Her curiosity to create a fusion between Feldenkrais and dance led her to slowly build a very specific, detailed body practice. This process is the foundation of her choreographic work, that has been developing since 2008 through her Solo and collaborative works.

Since moving to Europe in 2009, Meytal Blanaru has worked with, among others: Lisi Estaras/"Les ballets C de la B", Damien Jalet/"Eastman" Dance Company, Roberto Olivan, Samuel Lefeuvre, Clara Fury and Martin Kilvady. In 2013 she assisted Damien Jalet in his creation Yama for the Scottish Dance Theatre. In 2014 her Solo creation AURORA was selected out of over 500 competing applications to the prestigious platform Aerowaves. Her group creation "We were the Future" will premiere in Theatre les Brigittines in 2018.

Meytal Blanaru is also a certified Feldenkrais teacher. She is devoted to the promotion of the Feldenkrais method into the dance community. As a part of this initiative she teaches Feldenkrais in La Raffinerrie, danscentrumJette, P.A.R.T.S, as in Salzburg Experimental Academy of Dance, where she will also choreograph her next group piece.

Meytal Blanaru received scholarships from the America - Israeli cultural fund (2001 - 2005), and in 2005 won the Israeli cultural department's prize for selected performing dancers with the 'Vertigo' dance company. Her artistic work has been supported by 'Associazione mosaicodanza' (Italy - Inside/off program), 'The Suzzane Dellal Center' (Israel - 'Shades of dance' program) and 'Danscentrumjette' (Belgium - The Spider Project). Meytals work is represented by the artists agency SEVENTYSEVEN, together with a selected group of Brussels based choreographers. She is currently a home resident and a partner in danscentrumJette.